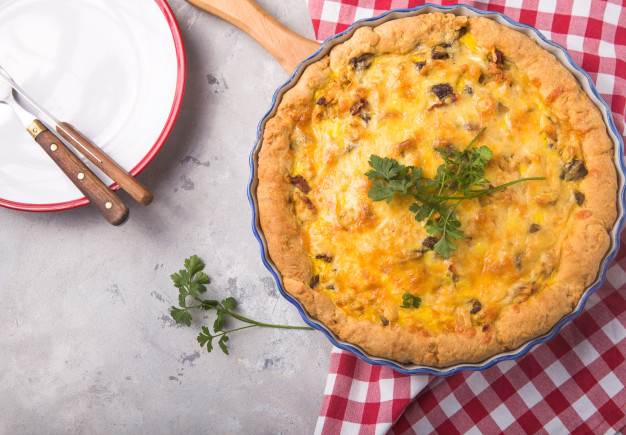 Hello, November. How have you been?  I’ve been doing great. I’ve been plugging away at my classes, working my tail off at work, and in the middle of all that, my 7-month pregnant and closest friend Farrah came for a visit after not seeing each other for 2 years.  We ate good food, shopped ’til we dropped, and even got to see some other old friends for a casual get-together/baby-shower which I hosted but of course totally spaced on taking any pictures of the food.  All that to say, please forgive me when I say that I made this chicken pot pie probably a month ago and am only now getting around to blogging it.

Now that I’m looking at the pictures again, it’s making me hungry and wanting to make pot pie all over again.  It’s the time of the year for comfort foods, and chicken pot pie has got to be high up there on the list.  Of course I realize that the ultimate comfort food holiday is just around the corner.  Did I mention this is my first time hosting Thanksgiving?

I’m making my first turkey even.  I’ll let you know how it goes.  There are plenty of other places to get good Thanksgiving recipes, so I’ll stay away from giving anyone advice until I’ve done this a few more times.

The one thing I can give you advice on, though, is to go ahead and make this.  It does everything a pot pie should do.  It warms you up, reminds you of your childhood, and most importantly, it tastes really good.

Adapted from The Pioneer Woman Cooks

Let’s talk about the crust. I chose not to use the recipe in the book because it calls for shortening, and I’m just not really into it, no matter how flaky it might make a crust.  Instead, I decided to use a fancy new app on my phone called Ratio, which is from Michael Ruhlman’s book, also titled Ratio.  The idea is that most things can be made according to proportions.  The proportion for pie dough, according to the app/book, is 3 parts flour, 2 parts fat, 1 part water.  Also, the recipe only uses a top crust, so when I made the dough, it makes enough for a top and bottom crust, so I just froze the other half.  If you don’t have a scale to measure, you really can do no wrong using Smitten Kitchen’s recipe, which, frankly, I use very often.