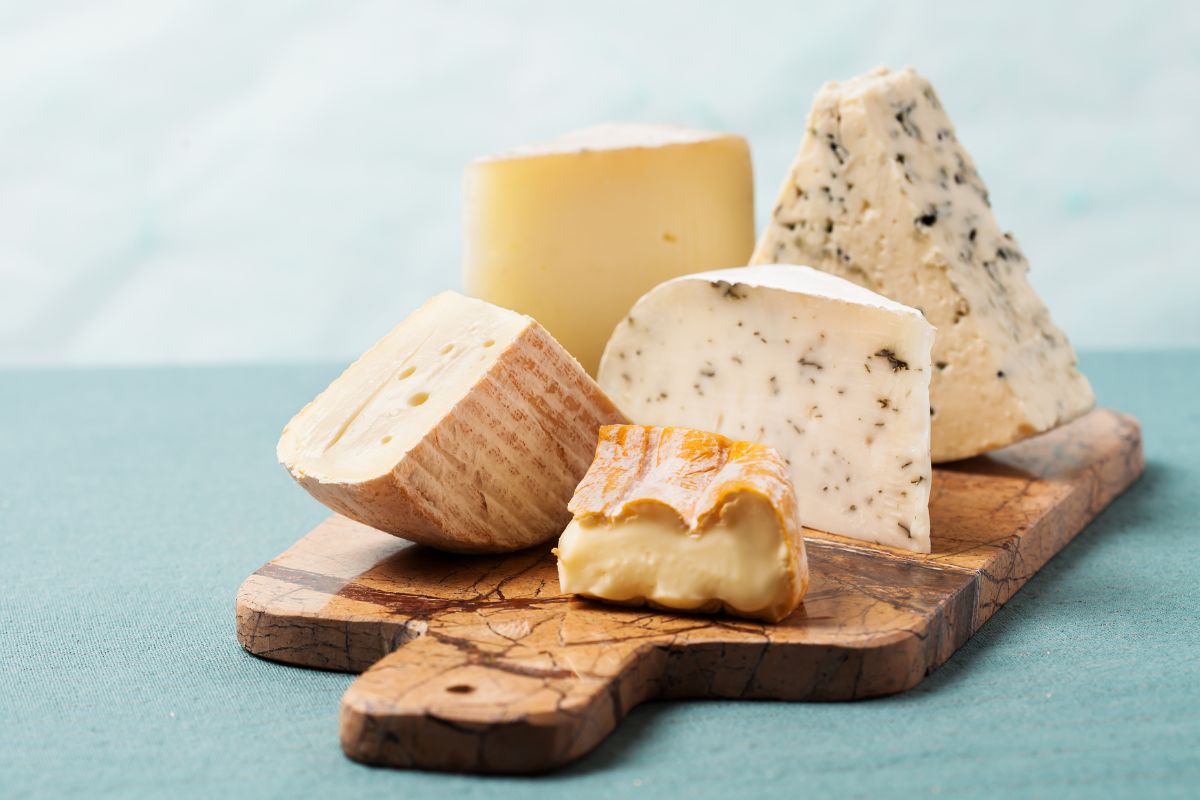 Cheese might be one of the most popular food items in the world. This dairy product can be eaten on its own, added to recipes, or simply sprinkled on top as a topping on a meal. That’s some serious versatility.

However, just like with all food items, cheese has a shelf life of when it is safe to eat. This is kind of ironic, considering that the process of making cheese is in itself allowing milk or some other liquid dairy product to expire!

Anyway, there is often a lot of confusion as to how long cheese can last, not just when stored properly, but simply when left to sit out, maybe after a large meal.

If you are running a professional restaurant or café that sells cheese items, knowing how long it is considered sanitary to leave cheese out is vital to keeping your food healthy and above board.

And considering that off or expired cheese can cause anything from light indigestion to serious food poisoning, this probably isn’t something that you should leave to chance!

So, in this guide, we are going to explain just how long cheese can last when left to sit out, why it is different for different cheeses, and how, or even if, cheese can poison you in the first place.
The answers you find might surprise you!

This might be a question that everyone has at least considered when reading the title of this piece.

After all, we already stated how cheese comes from pasteurized milk, so it is already technically a food product that has ‘gone bad’ (even though it still tastes amazing). So How can it go… well, worse?

What’s more, cheese has been around for centuries, millennia even, before the invention of modern refrigeration was even a concept. So clearly, cheeses can survive a long time without refrigeration, right?

Well, the answer is both yes, and no. Yes, in that cheese is very rarely poisonous to eat, even in the rarest of cases. However, that doesn’t mean that your cheese can’t spoil and deteriorate.

Bacteria that can cause food poisoning can only really be found in foods that are high in moisture, and are not treated beforehand. It’s why you’re more likely to get food poisoning from foods such as badly prepared meats or fish.

Meanwhile, cheese is by its very nature pasteurized milk, meaning that any bacteria that was present in the milk before it is turned into cheese is eliminated, which also gets rid of bacteria that could cause food poisoning.

However, being a type of food that can and will be opened from its container, cheese still has the potential to spoil.

Once opened, the cheese in question is again exposed to airborne bacteria that can, if given enough time, cause the food in question to deteriorate as these cultures grow in and on the food.

They are a whole new type of microorganism that can do very little to people under most circumstances.

However, spoiled food can still cause issues once they have built up over time, which is why preservation is still such a key issue for many different kinds of cheese.

How Long Cheese Takes To Expire

So, we should probably now cover the first question that we posed in the title: How long does it take for cheese that is sat out to start going bad or spoil?

However, the more that we unpack this question, the more it becomes clear that it’s a little more complicated, as many kinds of cheese have different points where they become generally unsafe to either serve at a restaurant or outright expire.

It primarily comes back to how much moisture each of these cheeses has when they are made.

Soft cheeses such as cottage or cream cheese tend to have a very high moisture content to them, which is a breeding ground for potential bacteria to grow and multiply.

The same can be applied to Camembert and brie as well, with their softer more liquid-like insides.

Under most circumstances, this bacterial growth can be delayed or even stopped at lower temperatures, which is why it is recommended to keep cheese in the fridge when it is not in use.

These softer cheeses can be kept out at room temperature safely for around two hours in most cases, the same as much other perishable food that has no way of storing or containing it.

If moist or softer cheeses last only a short time before they start to go bad, then logic would dictate that cheeses that have a much lower water content to them will last longer, thanks in part to their heat treatment before being packaged or presented.

So, cheese that comes in solid blocks, such as Cheddar, Swiss, and Gouda are all likely to last much longer if left in the open, as well as many deliberately aged cheeses and Parmesan.

When exposed to open air at normal room temperature, these cheeses can last for up to 8 hours before they noticeably start going bad.

However, it is worth noting that your cheese will start to noticeably look worse after a certain point, where the outside of your block of cheese starts noticeably looking and feeling drier.

This usually happens around or after the 5-hour mark, so keep this in mind when presenting your hard cheese dish out in buffets or other instances where your food is likely to be in open air.

So, as you can see, cheese is an interesting food that carries little to no chance of actually poisoning you, so you can leave those fears behind!

However, that doesn’t mean that you shouldn’t make sure that you take good care of your cheese.

Make sure it is properly stored before use, and disposed of once past its expiry date!