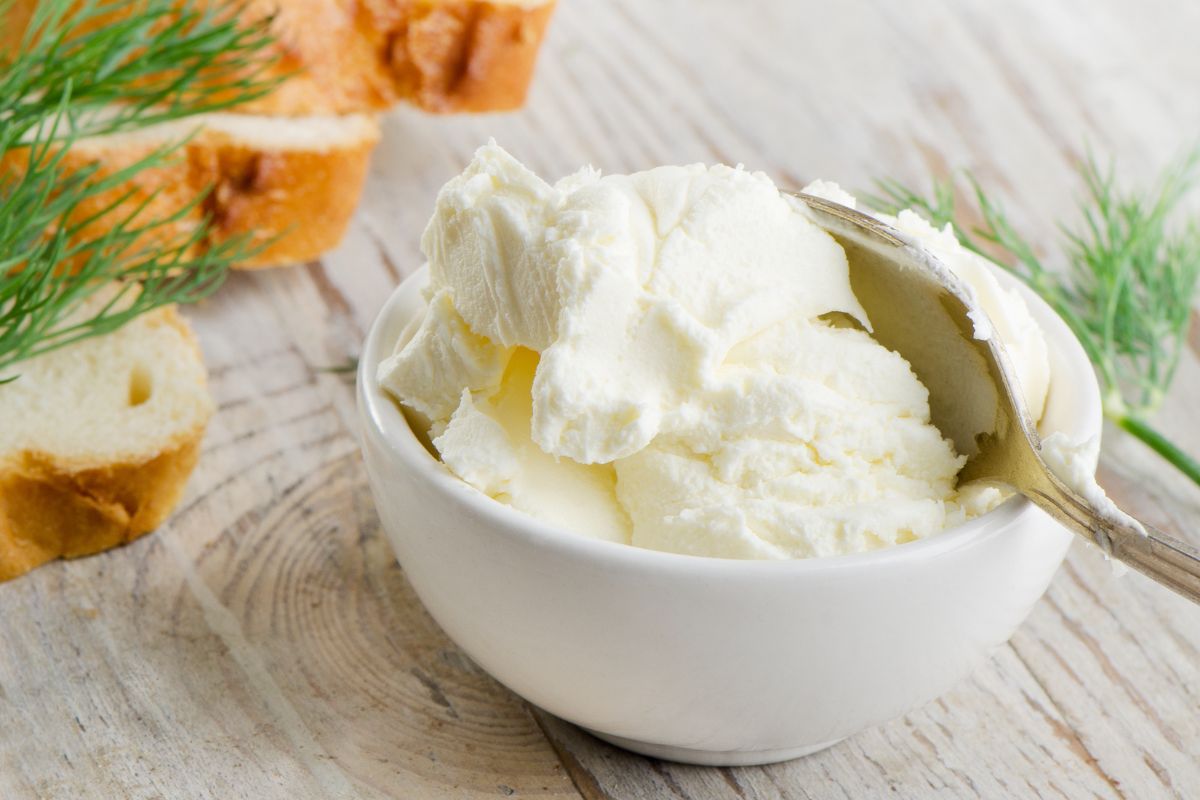 Cream cheese is a really popular type of spread for two key reasons. For one thing, it’s got a lovely sour and salty base taste, with specific flavors available to buy as well.

On top of that, it’s incredibly versatile! It can be used for all kinds of savory snacks, frostings, and desserts.

It can even be used as a dip! But how long can you leave cream cheese sitting out?

With so many people using cream cheese, it’s especially important that you know how long it can last under room temperature and what the signs of it going off are.

The short answer is that it’ll only last two hours if you leave it open and exposed out of the fridge.

On the other hand, an unopened cream cheese stored in the refrigerator will last about 3-4 weeks beyond its expiry date.

However, there is so much more to learn about cream cheese and how long it can be left sitting out, and we’ve got the answers for you below!

In our handy guide, we’re going to give you clear answers about how long cream cheese can last in various conditions, as well as the signs to look out for when it might be gone off.

Since cream cheese contains dairy, it can spoil very quickly, and it’s incredibly important that you don’t eat it when it’s reached that bad state otherwise you could get food poisoning.

How Long Can Cream Cheese Sit Out?

To start with, let’s answer the key question. As we touched on in the introduction, cream cheese will not last very long at all when it’s left to sit out (meaning it’s sitting under room temperature).

If you’ve left the cream cheese out of the fridge, then it’s only going to last about two hours before it spoils.

This is because cream cheese is a dairy product, being made out of milk, and dairy products go off very quickly if they’re not properly refrigerated.

This is because bacteria grows easily in milk when it’s not at the correct temperature, and that bacteria can then give you food poisoning if you eat the dairy product.

If it’s been two hours of the cream cheese sitting out already and you’re not sure whether it’s gone off yet, don’t risk it.

However, you can also try and identify whether it’s gone off by looking for the signs – which we cover later on in our article.

Will Cream Cheese Last Longer Than Other Cheeses?

All cheeses are made out of dairy, unless they’re special vegan cheeses. As a result, they can all spoil very easily. You might be wondering how long cream cheese lasts when compared to other types of cheese – and the answer isn’t good!

Some other cheese will be aged for months, allowing them to last longer. This isn’t the case for cream cheese, because it’s pasteurized from fresh milk, and as a result it won’t last as long as some other types of cheese.

How Long Will Cream Cheese Last In The Refrigerator?

You now know the cream cheese will only last about two hours if it’s left sitting out on the counter under room temperature, but how long can it last when it’s been left in the refrigerator?

After all, the fridge is absolutely the best place for any dairy product, because it slows the growing of bacteria.

The answer is pretty positive! If you’ve opened the cream cheese and then put the lid back on and put it in the refrigerator, then cream cheese is going to last about ten days.

As long as you eat it in this time, and keep it in the refrigerator almost all of the time, then you should be fine.

On the other hand, you might not have opened the cream cheese at all. In this case, if you keep unopened cream cheese in the refrigerator then it could potentially last for up to 2 weeks past the expiry date that’s printed on its container.

What Are The Signs That The Cream Cheese Is Gone Off?

Of course, even if you’re sticking to these general rules, you should always check for the signs that the cream cheese might have soured and turned bad.

Thankfully, there are a range of signs to look out for, making it pretty easy to identify whether the cheese has expired. This will help you avoid getting food poisoning!

It Has A Slimy Consistency

If you’ve been using fresh cream cheese you should know what its texture and consistency should be like. It’s usually got a pretty pliable consistency to it, nice and firm, and not runny.

When the cream cheese is spoiled, though, you’ll find that its consistency slimy. On top of that, it becomes softer too.

If the cream cheese is either of these things, it’s a good sign that the product has gone bad and that there’s bacteria in it. Throw it away!

It Has Visible Mold And Is Green

An easy and obvious sign that the cream cheese is bad is whether you can see visible mold growing on it.

Have a look at cream cheese when it’s fresh and memorize it, because it’ll help you to spot when their appearance has changed for the worse.

Additionally, the cream cheese will have turned a shade of green or yellow when it’s gone off.

It Has A Sour Smell

You can also know if the cream cheese is gone off if it’s giving out a strong, sour smell. Nasty odors should be noticeably different to the smell it has when it’s fresh.

Last Resort – It Has A Sour Taste

If all of the previous signs haven’t been present, then you could taste it as a last resort. If it tastes a lot sourer than normal, spit it out and throw the cream cheese away.

Cream cheese can only last for about two hours if it’s sitting out – throw it away after that.