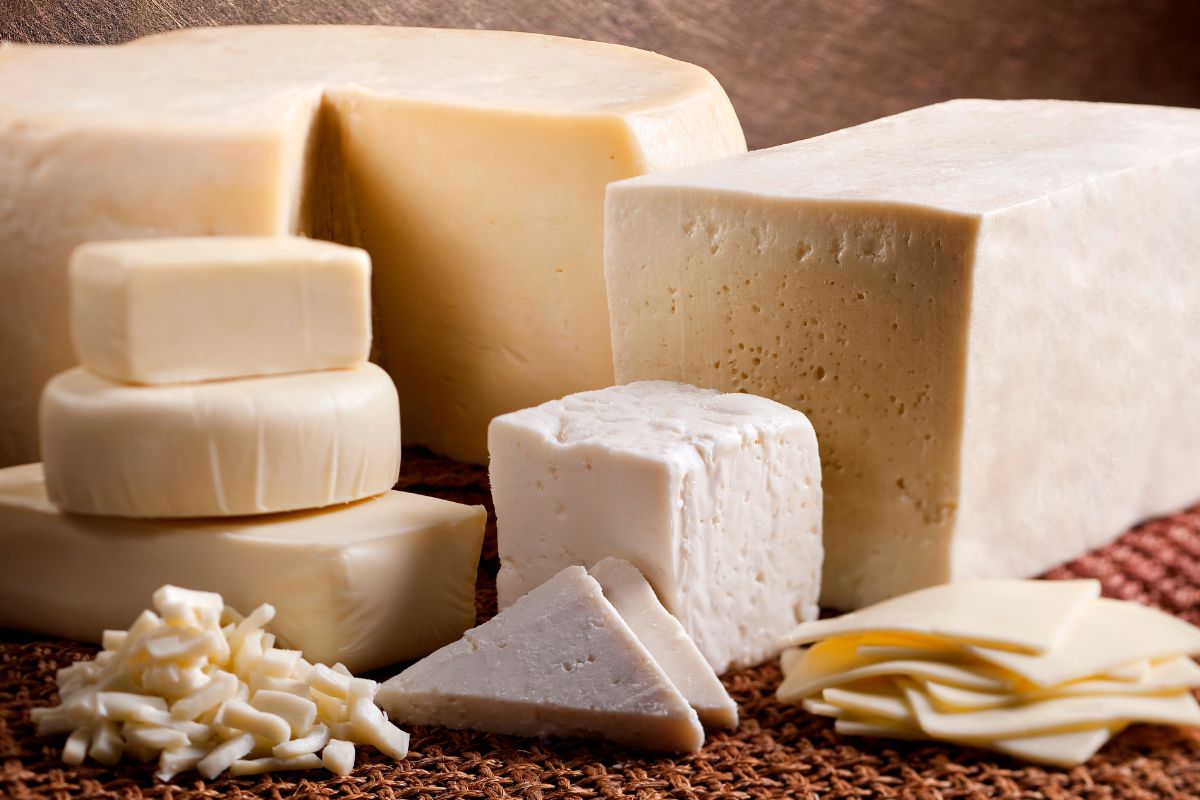 Finding out that you need to switch to a gluten-free diet can be a pretty troubling experience. So many tasty meals, snacks, and even drinks can be snatched away from you, never to be eaten again.

It’s surprising just how many different items gluten lurks in. And so begins the constant research into anything and everything you want to taste.

But it’s not just annoying, it can be pretty dangerous too. This is why it is imperative to always check what you’re eating before you do.

For those where the consumption of gluten can cause serious issues, you should always check the label of your particular brand to double-check that there is no gluten.

But figuring out what you can eat can sure be difficult, which is why I have written this article, to make things that little bit easier for you.

However, there are obviously many different varieties of cheese and so the answer for each option can be slightly different.

In this article, we’ll take a closer look at being gluten-free and which kinds of cheese you’ll be able to tuck into.

If you’re gluten-free, you probably already have a pretty decent understanding of what gluten is, but just for those of you who don’t, let’s take a minute to explain.

Gluten is a kind of protein that can be naturally found in many different ingredients.

You’ll often find it in wheat, protein, and rye. But it also tends to be in most processed foods too. Items such as bread, cereal, pasta, and noodles are often off-limits due to this protein.

This protein, gluten, can become a complication for several conditions. Individuals that are unable to eat gluten usually have one of the two following issues.

Those who have celiac disease are unable to consume this protein because it makes the body create an immune response in your small intestine when you do.

This response can cause the lining in your small intestine to become irreparably damaged. When this happens your body can then no longer absorb the number of nutrients that it needs.

Those who have non-celiac gluten sensitivity may not have as serious consequences from consuming gluten, however, they will still experience consequences, nonetheless.

Symptoms may include muscle pains, fatigue, and headaches. They won’t show results for celiac disease in blood tests and the like, but they will still notice that the symptoms cease once it is irradicated from their diet.

Cheese is a pretty popular food in the USA. Did you know that the average American actually consumes around 34 pounds of the stuff every year?

And don’t worry, if you’re gluten-intolerant for the most part, you’ll be fine to keep guzzling down your 34 pounds of the good stuff.

As I’ve mentioned, most cheese doesn’t actually contain any of that pesky protein. Thank goodness. However, it is imperative that you always check the label.

While typically most kinds of cheese won’t contain gluten, it is never guaranteed.

If you’re looking at 100% natural cheeses in your local grocery store, it’s pretty likely that they’ll be suitable for you to eat.

Below you’ll find a list of many of the cheeses that tend to be gluten-free.

So your most popular and common cheeses are still on your list of can-eats! Hooray!

Kinds Of Cheese That May Contain Gluten

There are some cheeses that you’ll need to be more cautious of when selecting, though.

It’s important to note that the FDA approves processed and packaged foods to be labeled as gluten-free providing they contain no barley, rye, wheat, or combinations of the grains.

They must also provide less than 20 parts per million of gluten to be deemed as gluten-free.

As I have mentioned several times, reading your labels before consuming is so important because certain brands may add ingredients to your cheese that make it no longer gluten-free.

The following options are types of cheeses that can sometimes be unsuitable for those with intolerances.

For those with gluten-free intolerances, it is time to rejoice as cheese is something that you will not have to give up. For the most part, at least.

Most cheese options do not contain gluten and so should be fine for consumption. However, it is always important to check the label as this can change from brand to brand as different agents may be used for flavoring or consistency that may contain gluten.

Hopefully, though, this article will have put your mind at rest somewhat to know that at least this delicious ingredient doesn’t have to be sticken from your menu!