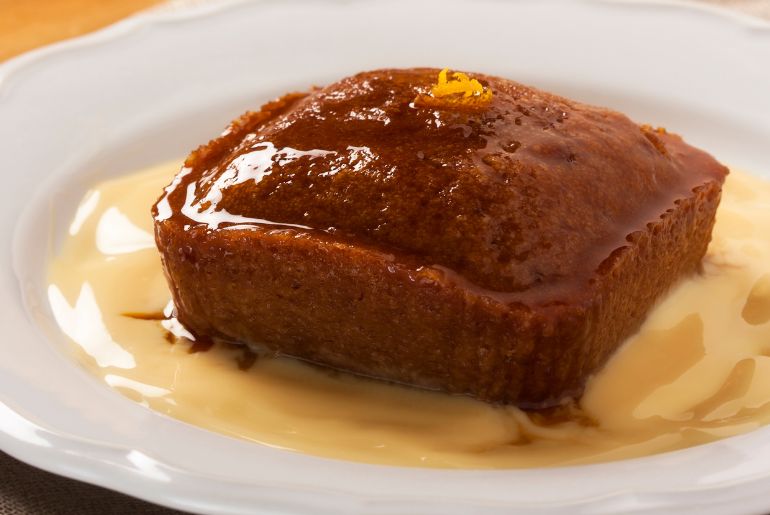 Who does not love a bowl of pudding? The soft, fluffy dessert is loved by all and is a favorite in every season.

Super easy to make, available in a variety of flavors, and pocket-friendly, puddings are simply amazing.

However, a common issue when making pudding in your kitchen, or even with puddings bought from the supermarket, is that the pudding gets watery in the fridge.

No matter how tempting the aroma is, a runny pudding is liked by none. They are a nuisance to manage and serve and have a sloppy presentation.

Why Does Pudding Gets Watery in Fridge

Pudding gets watery in the fridge due to saliva, temperature differences, or syneresis. It’s better to avoid placing the used spoon in the pudding container and minimize disturbance. A watery pudding can, although, be fixed by adding a little starch to it.

Although there are a number of reasons why pudding gets watery in the fridge, there are only a few steps you need to take to reverse the damage.

So if you are also frustrated by runny, watery puddings, let’s dive in!

How Long Does The Pudding Take To Set?

Before getting into why pudding gets watery, first, let’s check the standard time a pudding takes to set.

Once you have poured the batter into the pudding mold, keep it in the fridge and wait for 10 minutes at least.

After 10 mins check the dessert. If it hasn’t been set, let it stay in the fridge for ten more minutes.

7 Reasons Why Pudding Gets Watery in Fridge?

When making a pudding at home, people generally put their pudding in the fridge to thicken it up.

However, a pudding can get watery in the fridge, too, and it can happen for a number of reasons. These include:

1. Not Following the Recipe

Although making a pudding seems like a piece of cake, but if you are new to it, it’s better to go by the recipe, exactly.

Adding incorrectly measured ingredients, too much sugar, or too much water/ milk can make your pudding runny.

Make sure to give it a proper boil and cook it completely. An undercooked pudding is always runny.

Most of us can’t resist a pudding and end up eating it right away, from the bowl.

But if you can’t finish it in one sitting and keep it in the fridge overnight, you will find a watery pudding in the morning.

Why is that so?

The answer is simple, Saliva. The saliva on the spoon contains an enzyme (Amylase) that degrades starch.

Puddings, whether homemade or instant sachet, contain starch in them. The enzyme in the saliva degrades starch and releases water (similar to the process of digestion).

Syneresis is the process where a gel expels water and is also named weeping of jelly.

This spontaneous expulsion of water from these gels occurs due to:

Disrupting the gel molecules can also result in syneresis. Stirring the pudding too much, shaking it, or disturbing the gel structure while dishing out the dessert can cause the pudding to get watery in the fridge.

Pudding Gets Watery in Fridge- Precautions and Tips

If you don’t want to turn your pudding into a sloppy mess and avoid it from getting watery, make sure to look out for the following tips:

Make sure to store it in a refrigerator and avoid abrupt temperature changes.

Use a Serving Bowl

Don’t leave a used spoon in the pudding. If you can’t finish it at once, try scooping out some of it in a separate serving bowl.

Avoid stirring the pudding or whipping it too much. A pudding least disturbed is a pudding well set.

Using alternatives such as soy milk or skimmed milk can make your pudding watery. Always use whole milk when making pudding.

When making instant pudding, make sure you have mixed the sachet in the milk completely.

If some of the powder is left behind, sitting down in the bowl, the pudding will not come out as desired.

How to Thicken Pudding

To fix your watery pudding, take the following steps:

If the pudding is thin, you can make a slurry by dissolving cornstarch in the water. Adding the slurry to your pudding will instantly thicken it up.

Starch is generally easy to handle, but if you are new to this, you may take help from the following steps:

Gelatin is another option to fix a watery pudding. However, this is a tricky one to handle.

To add gelatin into your pudding, follow the given steps:

Make sure that your gelatin is completely dissolved. Once done, serve the pudding in serving bowls.

At this step, you can use strainers to avoid any leftover, undissolved gelatin. The choice is yours!

In which ratio is the cornstarch added to thicken up a watery pudding?

The ratio of cornstarch to water or milk depends upon the serving size.

However, for a basic guide, you can dissolve one teaspoon of cornstarch into one tablespoon of water for a single serving.

Are there any alternatives to cornstarch that can be used for thickening the pudding?

Yes. If you don’t have cornstarch, you can use other alternatives, such as Arrowroot or Tapioca.

However, keep in mind that each of these starches turns into a gel at different temperatures.

Arrowroot is a gluten-free starch that gelatinizes at a low temperature and is good for pudding with eggs.

However, some might find it adds a hint of slime to dairy products. The point is, know your choices!

What is the ratio of tapioca, if used instead of cornstarch, while making a pudding?

For every ¼ cup of flour, use three-four tablespoons of tapioca flour. Dissolve tapioca into water or milk and add while the pudding mix is hot.

Keep stirring the mixture to avoid any lumps.

How do you fix a watery instant pudding?

To fix an instant pudding, just add some more sachet into the hot pudding. The increased ration of starch (or whatever gelatinizing agent) will thicken up the pudding.

How do you fix a watery rice pudding?

Similarly! Add cornstarch or gelatin to a heated pudding mixture and stir it until it dissolves completely.

Boil the pudding until the desired thickness is achieved. Now strain the pudding and serve it.

Is a watery pudding, a pudding gone bad?

Not necessarily. A watery pudding is not always a bad pudding. You can safely use a refrigerated pudding for 4 days, given the temperature is maintained.

What non-dairy alternatives of milk can be used?

If you are intolerant to dairy products, you can use almond, soy, cashew, or rice milk to make your puddings.

Rice milk is a good alternative as it does not leave any after-taste (ok! minimal) as most other non-dairy options do.

How can I make my pudding set faster?

Keeping your pudding in the refrigerator or ice water can fasten up the thickening process.

However, here is a little trick if you want your pudding to set real quick. Add salt (lots of it) to the ice water you are keeping your pudding into.

Does pudding get watery when kept in the freezer?

A pudding (instant or homemade) takes a very creamy texture when frozen more like ice cream.

You can safely freeze any type of pudding for up to 3 months.